What is integer partition? The definition is extremely simple: it is sum of numbers resulting in an integer: \( 10 = 1+3+6\)

You can also write it down as a descending sequence of numbers \( (6, 3 , 1)\). So for arbitrary integer n its integer partition is:

Ferrers or Young diagram for integer partition is a sequence of columns consisting of blocks, where first column corresponds to \(a_1\), second to \(a_2\) and so on.

An ascending block movement is an operation which transforms one valid integer partition into another in a specific way:

Note that moving the fourth block to the third position is impossible since it would give us invalid integer partition \( (2, 1, 2, 1) \). It is invalid because \( a_2 = 1 < a_3 = 2 \). Obviously, the same way we can define descending basic block movement. I will skip definition for brevity.

The green marked elements are called maximal graphical partitions, which will be described in details later. If we define an operation of adding the block in the end like this:

Then we get natural partition lattice for all integers (\(NPL\)):

The largest square of blocks contained in a Ferrer's diagram is called "Durfee square".

The top row of the Durfee square and above is called "head" and is denoted as \(hd(\lambda)\) of the integer partition.

The blocks to the right of the Durfee square are called "conjugate tail". This is denoted as \(tl^{\ast}(\lambda)\).

By definition a threshold graph is a graph that can be constructed from a one-vertex graph by repeated applications of the following two operations:

If there is no increasing edge rotation in graph \(G\) it comes out that \(G\) is a threshold graph. If we consider integer partition corresponding to G we will find out that it is maximal graphical.

In the example above the head of the integer partition is equal to its tail therefore it is maximal graphical and corresponds to the threshold graph.

The question rises whether we can transform a given graph into a threshold graph using increasing edge rotations, and if we can what is the shortest sequence of such transformations.

It comes out we can always do that because increasing edge rotation always corresponds to ascending block movement and transforms given graphical partition into greater (in the lattice).

Using simple breadth first search (BFS) and increasing edge rotation we can find every shortest transformation sequence that converts our graph into a threshold graph.

You can find implementation of this algorithm and others in this C++ threshold graph and integer partition library. 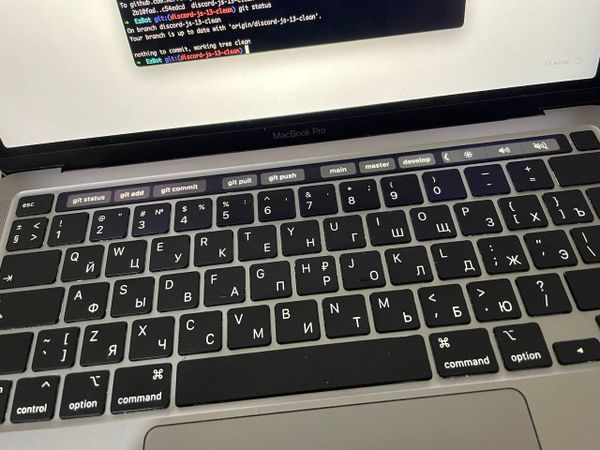 I would like to share with you my settings for git in iTerm2. You can use git status, git add ., git commit -m "", git pull, git push, git switch main, git switch master

I write this post to inform you that this blog is not dead :) I now have 2 side-projects which we will talk about in this blog later. First one is my unfinished master's